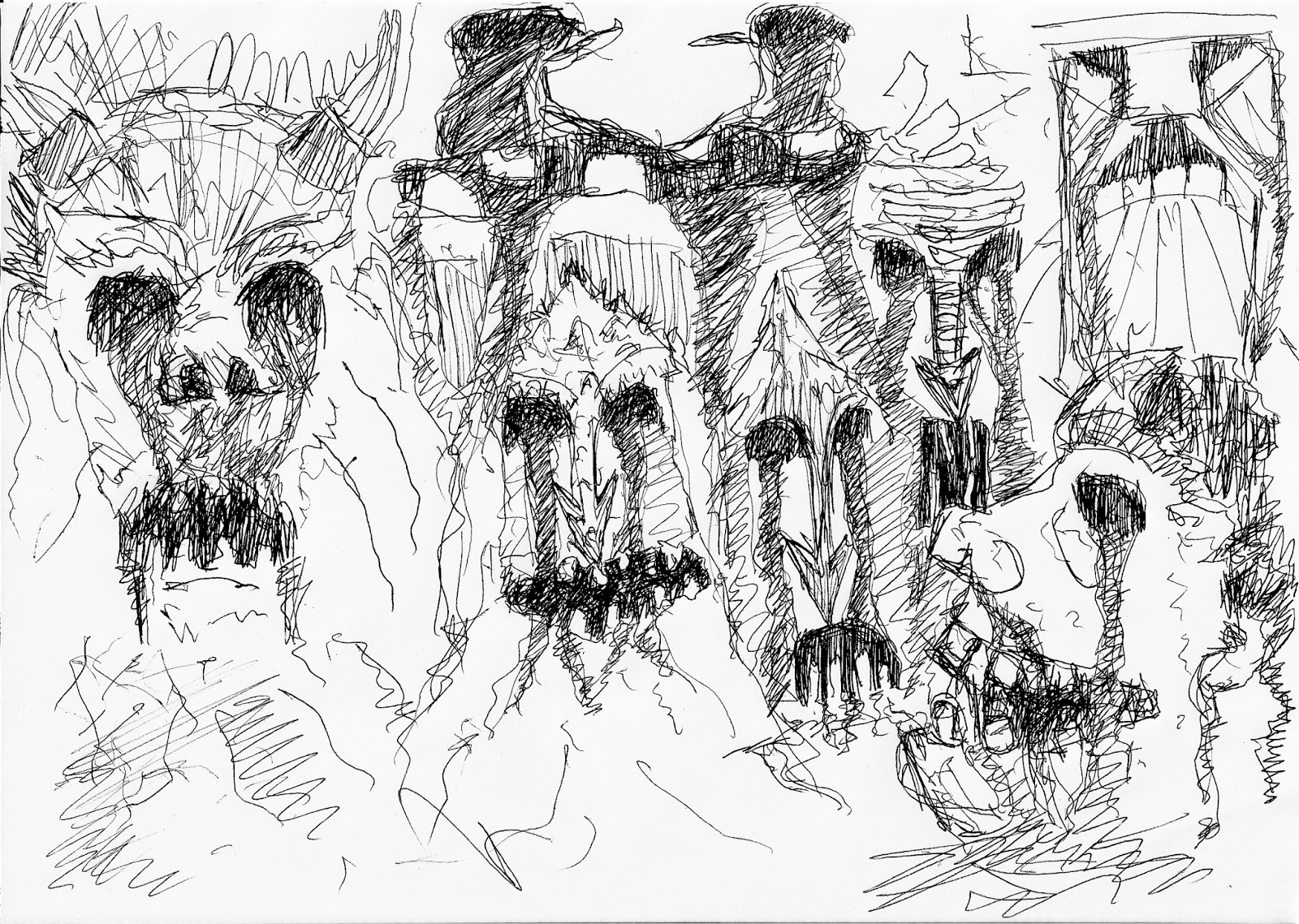 Dwarfs are just like humans in many ways. They have kings and beards, they like fucking* and they define themselves by their monuments. However, there is one crucial way in which Dwarfs and Humans are irreconcilably divergent, and that is what we shall discuss here.

The human race has been blessed with the ability and drive to crawl all over this yellow earth - filling up its arable and its desolate places with their lives and leavings.

Time, however, will do for them in the end. 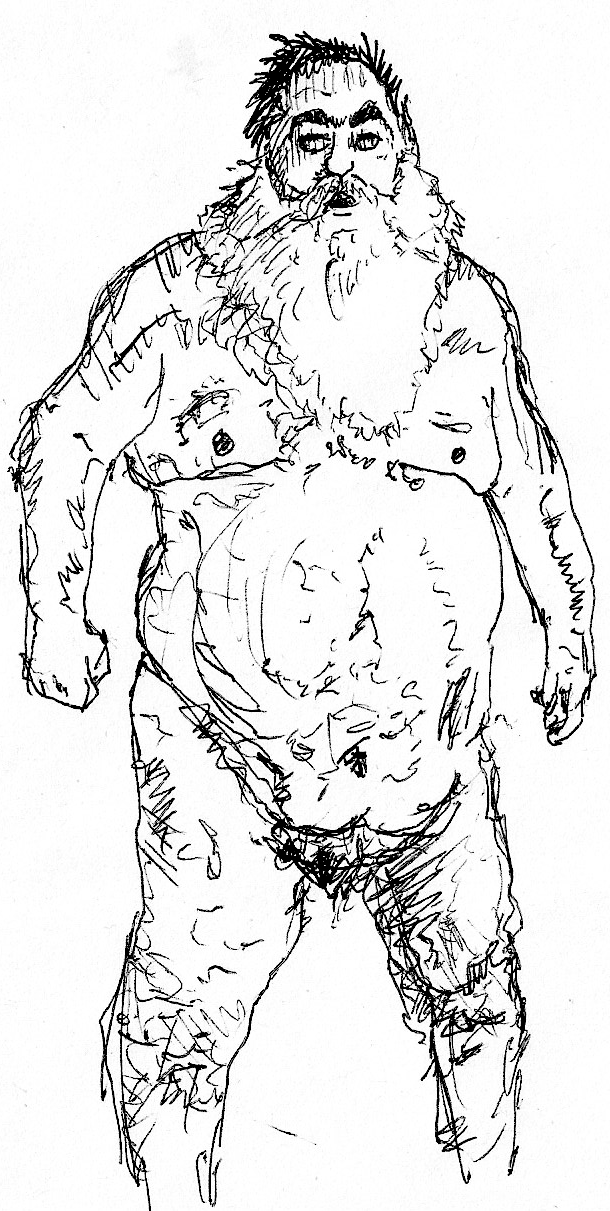 Dwarfs have the opposite problem. Time means nothing to them. They can be anywhen they want, whenever they wish to. They ride the earth's' continental drifts and whisper to the stones where they want to go. The stones listen and obey. Dealing with Dwarfs can be a lot like dealing with Arnold K's amazing mummy dinosaur.

They pay for this amazing ability with their freedom. As long as they stay within the confines of a very small area, they are free to be whenever they please. This area becomes their hold. The further and more often they move the less reliable this ability becomes. Within the holds all dwarfs must stay bound to their district - lest they wander too far and lose their ancestral power.

The guards patrolling the outer walls experience their service much like Billy Pilgrim, with no choice as to when they go or why. Their kings and mystics, who sit unmoving in their thrones of iron have complete control over their abilities. To them there is no separation between making an order and seeing it enacted - and if anyone ever needed to know why the world began or how it will end then they are the ones to seek. 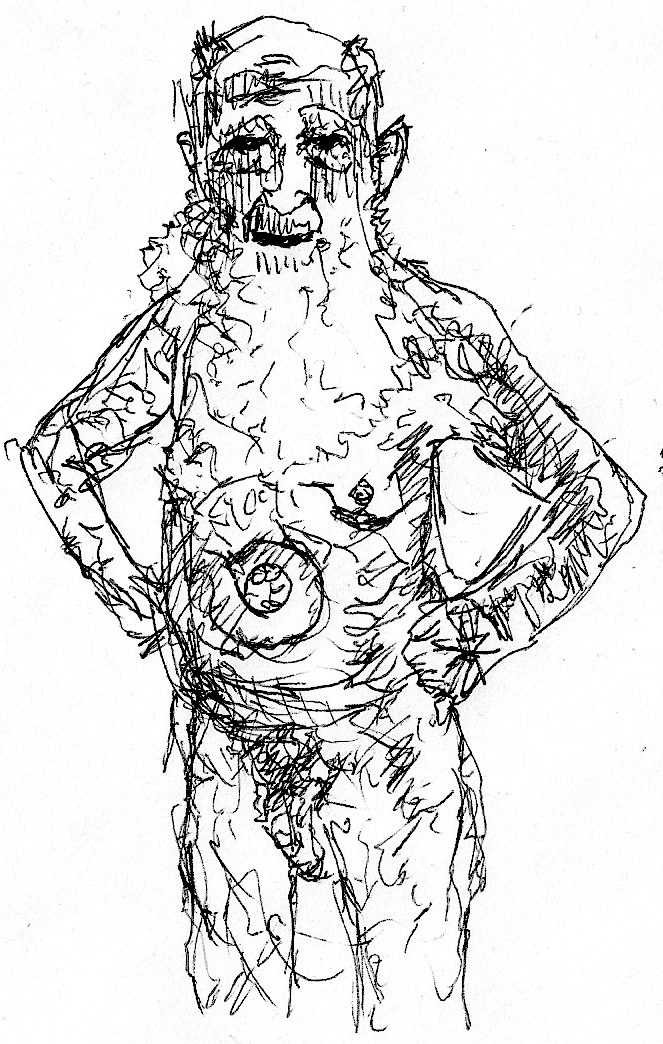 Dwarfs who leave the hold (or even move too far or too fast within it) are cursed. By forsaking his place a Dwarf makes himself a slave of time. There is no worse fate. He might as well be human, for now he sees the world as a man, and it seems wrong to him. He can go return to his hold but will only be met by empty halls. The hold will appear abandoned, his people now travelling at right angles to himself.

The few rare patches of sentient life that sprout up in the habitable sections of the world's timeline are avoided like plague towns. Their holds stand waiting through the centuries they are left abandoned. They are built to last.

How beautiful, as a craftsman, to experience living with the finished product simultaneous to crafting it. Their holds are crafted thus. Nothing is ever erected that will fall. No paint is applied that will fade.

They have been known to craft Time Golems.

Occasionally another race will discover an inhabited Dwarfen hold. Sometimes they are very stupid and they make war on it. They almost always lose (because Dwarfs) but it will mean disaster for the aggressors in the end, no matter the outcome of the war. Dwarfs are invincible and they will fuck you up. You may come into their land, gut their people and piss on their places of worship but one day those very same dwarfs you thought you murdered will be back, pouring out of the walls into what you forgot was their home.


*Homosexual fucking, of course - there being no such thing as a female Dwarf. AND EVEN IF THERE WAS they would be strongly against heterosexual sex. Not the way their grandfathers did it grumble grumble grumble.
Posted by Robin Z at 6:46 AM