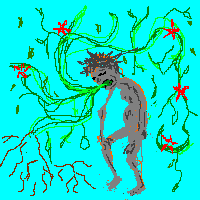 Elves have pointed teeth, small, delicate genitals and the ability to vomit up plants once per day.They are itinerant disease ridden vagrants who have fucked the world so bad that it would take the destruction of every living thing on the planet to fix it. They are burned by holy water.

Elves have spell slots. They can use them for spells and inventing plants. Once they have invented a plant they can vomit up a corresponding seedling once per day. If they ever clear out the spell slot then that entire species of plants will wither and die.

Elven children can be made the same way as plants. Elves can also reproduce sexually and through the implantation of humans with changeling children, but they prefer not to. Natural birth kills elven mothers and changelings creep everybody out - even elves.

Elves use these amazing abilities primarily to create elaborate pyramid-scheme-birth gypsy families and extort huge amount of money from desperate farmers. There are a few farmers left who don't grow custom-tailored elf produce. Anyone trying to do so must resign themselves to significantly lower yields of out of vogue flavours and elves assaulting their crops with virulent death-weeds. Those farmers that do use elven crops have no worries at all - except for paying the elves' exorbitant crop taxes whenever they happen to roll around. Elves have no codified system of taxation on their many crops and will merely take whatever they want whenever they want - and kill off entire species if denied. 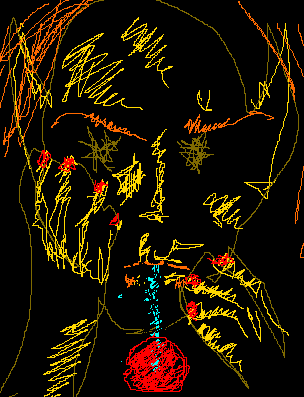 Eating food prepared by an elf, killing an elf or touching an elf results in a Save VS Terrible, Debilitating Disease. The bite of an elf causes zombification in humans.

No farmer or government official will ever kill an elf. And, really, no-one else with any idea of where their food comes from should either. Changelings exist to track and torture anyone who tries to capture, abuse or kill an elf.

Every year their is a 1% chance that an elf or plant species will die out of nowhere from its parent becoming bored. Sometimes this number is modified by the amount of money that elf or plant has brought in that year and sometimes not even sweet sweet treasure can prevent ELFIN CAPRICIOUSNESS. Elves have no other natural cause of death.

If you manage to kill an Elf King in the middle of his forest you will get the rare pleasure of watching every plant in the area wilt and die as you walk away from his palace, unopposed (his retainers will be dying just like the plants). Although this would also cause famine in at least eight neighbouring villages - possibly the whole kingdom.