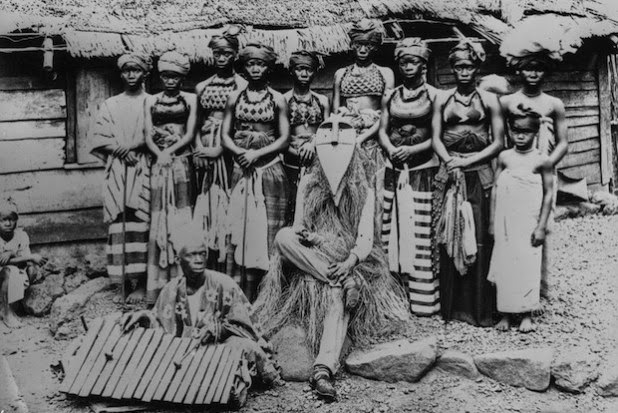 I asked the dude I work with if there were any good boogieman stories that got told to kids in South Africa. He started talking about witches.

The problem with Western Society is there is no room in the legal system for witches. You take a witch to court, say "He was dancing naked in my yard trying to curse me," and the court tells you he has dementia. They don't know what to do. Back before the West came we were better able to deal with witches. You could kick them out of the village, deal with them. Now you can have a witch and you know he is a witch but you can't do anything about it. There's just a witch.

In the village everyone knows a little witching. You have a stomach ache and you take the plants growing by your door and you put them with water and your stomach feels better. But some people go out, way out, into the forest. They talk to the strange trees and they take the leaves from the strange trees.

You have healers. Witch-doctors. They know the old traditional medicines, and you go to them when you are sick. But the line between the good old medicine and the bad old medicine is fuzzy. A healer will get big and say "I am the greatest healer" and then the healers will have a battle.

They can make the lightning strike people. Not like in the movies, with the pointed fingers, but they will do a witching and then soon a witch-storm will appear. In the sky sometimes there are storms and there is lightning, but sometimes there are witch-storms too. The old men in the village know the storms, and they will point the witching ones out to you. The witches know them too, and will rush about their house making it secure.

When a person dies the witch will do a witching and take their soul. Then you will see this person working in the village, even though you know he is dead. Then you know the person he is working for is a witch.

When you are jealous and you want what someone else has you can do a witching yourself or you can bring a witch to witch them. The witch will come to their house while they are asleep. They will do a witching to keep them asleep, then he will do a ritual to curse them. He will bury things in their garden. Later the person will wonder why they can never get anywhere, and they will realise they have been witched. 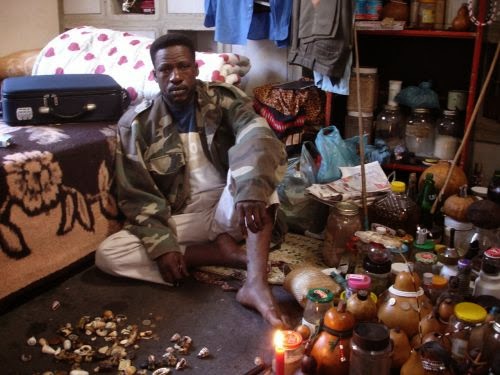 Many people do the rituals though. They become addicted. I did not want to do something that I did not understand.

It is sad that so much is lost with the coming of Western Ideas, but I am glad that some other things are lost too.

I had a lot of questions I wanted to ask but there were a group of window-washers dealing drugs behind our truck and we were worried they might steal our tools. We stood awkwardly in the alley while we finished our lunch, and then we got back to work.
Posted by Robin Z at 1:13 AM