(EDIT - Revised to be more concise and better)

I bought a copy of Hoard of the Dragon Queen on a whim. That was a mistake. Still, I liked the idea of an overarching pursuit/mystery dynamic in an adventure.


Time to reskin HotDQ as a pointcrawl set in Weird Civil War Russia. Things are bad in Moscow. The Grand Prince has been murdered and the Communist Reds have taken power. The Reds are forced to fight not only the Whites - who are still loyal to the old Monarchy - and the Greens - who are anarchists and fighting everyone. Feeding the people and keeping order have been forgotten. It is 1919. 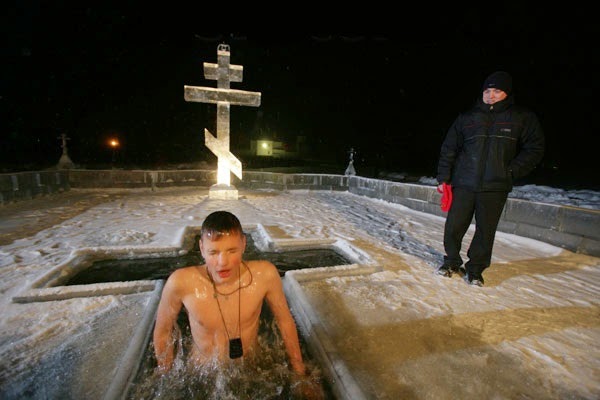 The Whites are incredibly cruel and command the greatest fighters in the land - huge men in ridiculous armour with large, shining blades. They are called Bogatyrs. They also control the largest (but also most archaic) teleporter array in Weird Russia. Despite these advantages they are outnumbered and trapped in the northern tundra. They worship the soul of the Grand Prince as a god - Warhammer 40k Emperor style. They keep his corpse on ice way up north. There are stories of him manifesting as a ghostly titan and crushing unbelievers. 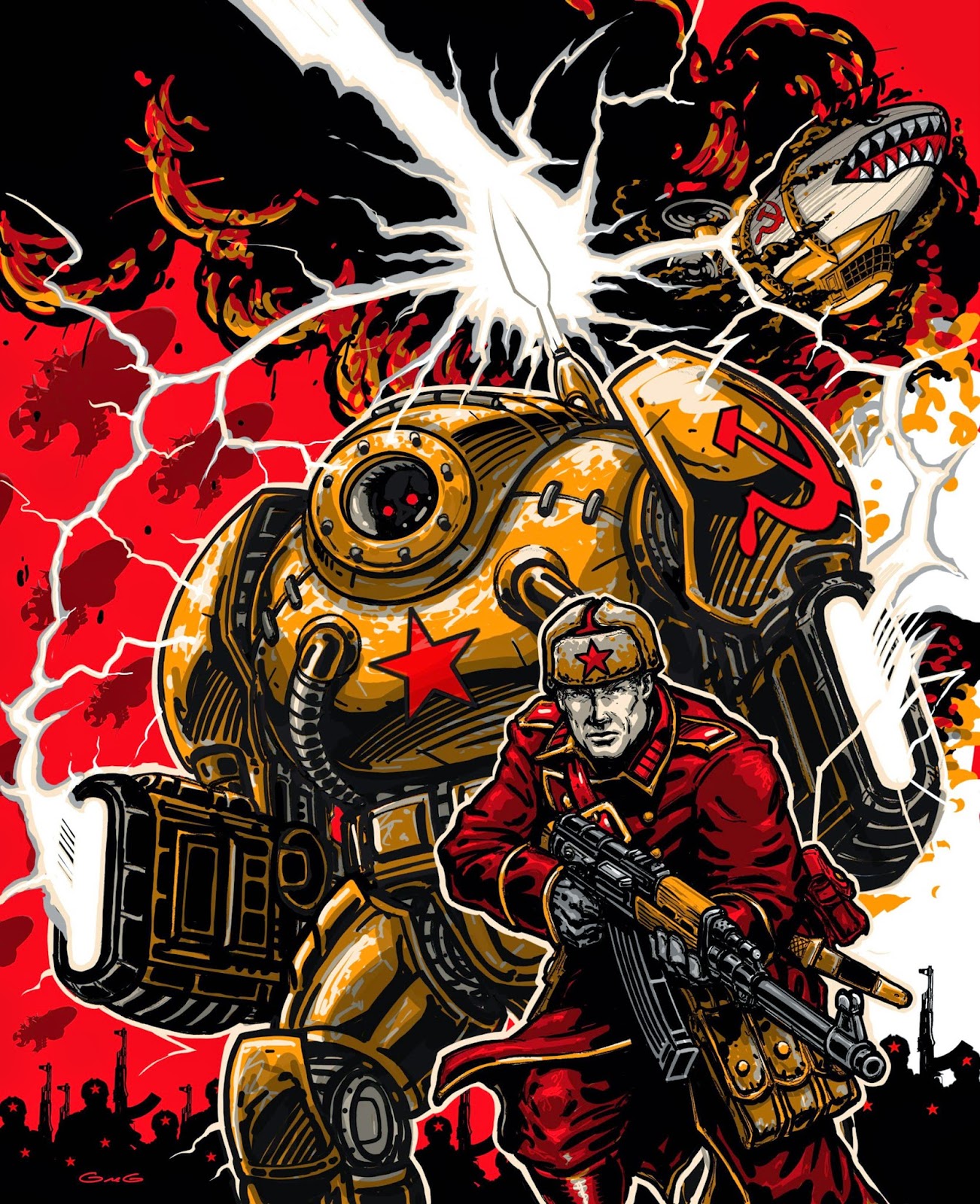 The Reds control the cities and more of the train lines than anyone else. Their necromancy is fueled by the corpses of those worked to death in the mines and factories. Their skeletal armies are one of the few forces in the world that can use firearms without retribution from the death curse. Their Commissar-Liches and Oprichniki Death Squads ensure unswerving loyalty to the Red cause. The undead are powered by their unswerving devotion to Communism, and treasure its ideals above all else. They can be distracted, or even won over, by powerful enough communist rhetoric. Religion of all kinds is outlawed, lest it give power to the Tsars. Clerics are shot on sight. 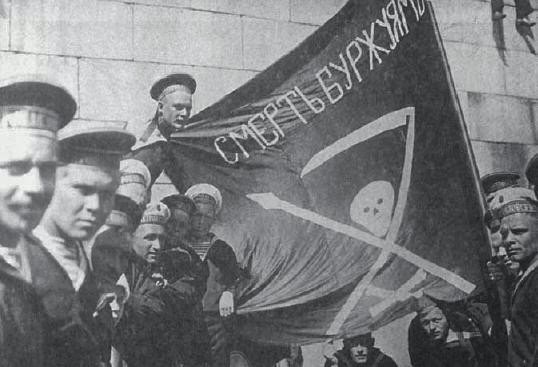 The Greens are Anarchists and Insane. Their members are the only mortals that dare to use firearms, though it means their death. They are extremely dogmatic, and have a million secret agendas. They have infiltrated the Whites, the Reds and everyone else. They achieve this with their amazing talents in molding flesh. They are currently working on a way to infiltrate the demon ranks of Hell. This is impossible, and yet they try. (OR IS IT???!!!!)

Each faction is extremely dogmatic, and their creeds violently shape the destiny of those that follow them. The greatest proponents of each faction's beliefs are unkillable as long as their faith remains strong. In order to assasinate them, one would have to successfully engage them in political debate and murder them quickly during a flicker of doubt.

The players are just normal dudes and ladies trapped in Moscow at the end of the Great War. Maybe they took part in it, maybe not.

Their starting equipment will be made up of family heirlooms, illegal back alley sales, and looting. Food is very scarce. Even firewood is hard to come by.

In the midst of all this confusion, people are disappearing.

EPISODE 1 - THE BLESSINGS OF THE REDS

Hunger. Cold. Terror.
In order to survive this beautiful place in this terrible time, the party must either:

If the party managed to beg or bully a prominent Red bureaucrat to help them, then she will request they find a missing family member or loved one.

There are people disappearing all over the city, and if these disappearances are followed up the party may discover that a cult has turned an old theatre into a recruitment camp and is rapidly winning converts with the promises of food and warm beds. The cultists will assume far too placid a demeanor for these desperate times.

Ridiculous and overwrought plays are performed on the main stage. These are usually packed to capacity.

The cult is literally brainwashing people via the implantation of black mind worms. These hurried operations take place backstage and are not stopped for the performances, which often last all day. Amidst the clutter of abandoned props and costumes, hulking toad men gag wild-eyed neophytes and pin them to the dressing room table where, all lights ablaze, their master inserts the worm. 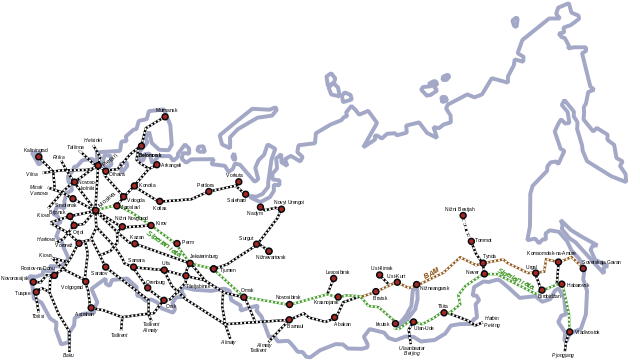 Wormed abductees are packed onto trains and sent north under the guise of conscripted soldiers heading to the front. These groups are in every way identical to the real thing, right down to their armed and vicious guards.

Trains cars are well guarded havens of food and shelter. All trains are made up of a mix of soldiers, conscripts, civilians and animals. There may also be a whole train car of uniformed mouldering corpses stacked cheek-to-cheek, ceiling-to-floor, all holding rifles. Waiting.Obtaining passage on a train is a bureaucratic nightmare.

The actual journey will be slow and arduous. The snow is heavy and there are no trolleys to clear the tracks, so the train will crawl its way north, and stop often.

Every village reached will either be in turmoil or on fire.

Train-based encounters can be stolen liberally from Doctor Zhivago.

The cultists will probably be the friendliest and most relatable people on the train.

To attract the attention and favour of the Demon Lord Gogogoth, mutalation and enforced mutation of enthralled mind slaves are required on a massive scale.

Cult philosophers and high priests believe that all Weird Russia's current troubles are the ripples of Gogogoth's manifestation spreading out through time. If this is true then it means that they have already succeeded in summoning him in the future and, as such, to try to stop the rituals now is hopeless.

FLEE FROM THE THE TRACKS 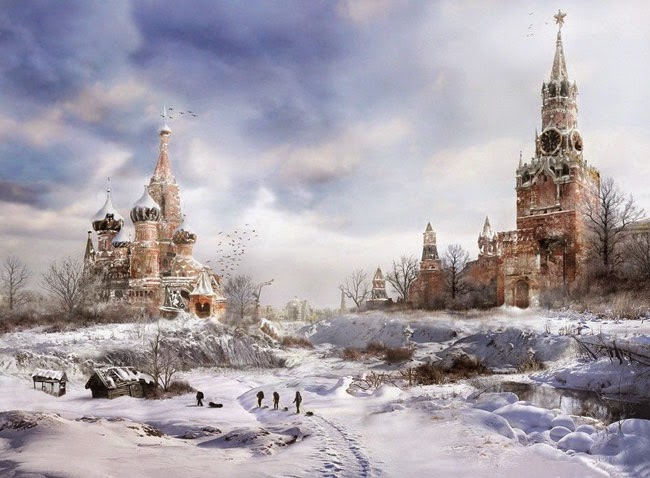 This adventure is literally on rails but there are also things out in the snow.

Destroy these outposts to severely hamper the controlling Faction's deployment capabilities. Alternatively, use them to jump to any train of the relevant faction with a TELEPORT BOOSTER.

If disturbed, row after row after row of monstrous clay warriors on horses will charge up out of their cavernous burrows to retake the earth. They are carved to represent the ferocity of their souls, not their actual appearance in life. Their Kahns are huge and terrifying. 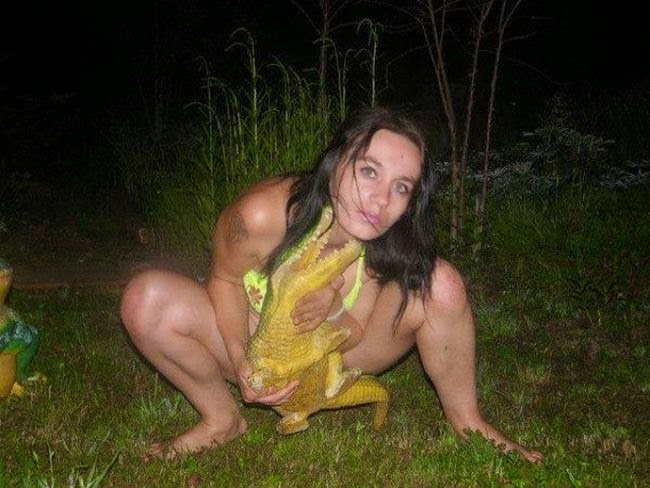 It was her, the world's most ancient witch, whose curse ended the Great War. None can shoot a gun and live while she survives. Her death will lift the curse and begin a bloodbath. Everything else you have heard about her is true.

THE DARK SPIRES OF KOSCHEI THE DEATHLESS

Don't go there. He's not happy about this whole revolution thing.

Hemmed in by forest and their enemies. Desperate and fanatical. Will truss and beat player characters, have their general give them a long speech about the nobility of their cause, and how their support will be invaluable, and then execute them unless they agree to be sent on a suicidal mission of tactical value.

PROBABLY LOTS OF OTHER COOL STUFF

I may do a thing on DnDables in old Russian folk stories some time.

Other than all that it's pretty much like vanilla Hoard of the Dragon Queen, I guess.

A more faithful, considered, fully thought through reworking of HotDQ

Five ways to stop Tiamat
Posted by Robin Z at 3:34 AM